This post was written by Darius Tadjrishi, our Head of Seagoing & Offshore, about his experience of running the London Marathon for Seafarers UK.

“For those that have been following my JustGiving updates you will know that I have been worrying about taking part in this year’s marathon. To be honest, I didn’t take it seriously enough until I ran a half marathon in February and struggled the entire way. By that time it was probably too late. I’ve also been heavily dieting, following a low carb, high fat diet in order to lost weight – another thing that goes against the conventional wisdom. So all in all, it’s safe to say I was fairly unprepared. 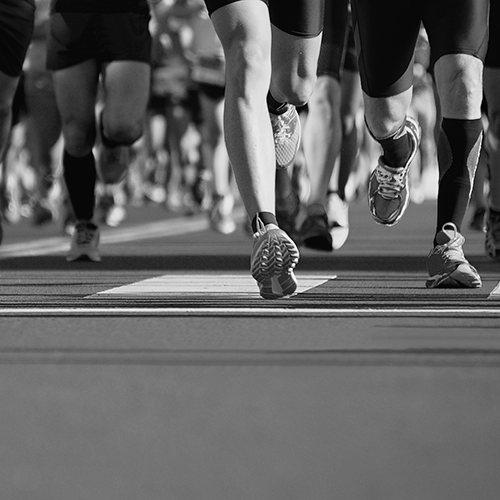 I got to London on Saturday in time to pick up my running gear from the Excel centre, and spent the next 14 hours stressing about the forthcoming run. Sunday morning and the race day had arrived. I was nervous, anxious and worried. I know that they all mean the same thing but it’s important you understand how bad I felt. The injury I had prayed for never came and I had to go through with it. I lined up in the pen with all the other runners claiming they would run under 5 hours (you have to predict your pace in order to reduce holding up people behind you) and as I looked around I felt very underdressed. I had no fitness band, no uplifting music in my ears, no phone strapped to my forearm and no gels arranged across my body as if I was Rambo with a Carb Gun. “Uh oh” I thought.

The klaxon went at 10am and the crowd starting shuffling forward, I finally crossed the start line at 10.24. I started off in my normal rhythm, but my legs felt pretty heavy. This was going to be a long run. As we passed mile two, I heard “GOLD, always believe in your soul” shatter the silent air, I looked up and saw a heavy set man in an England shirt dancing with two huge speakers strapped to his balconies. If there’s one thing you can guarantee in England, it’s people wanting any excuse to get the beers out at 10am. It worked though, I was instantly lifted, my legs no longer felt heavy.

The next 10 miles were pretty good, random spats of musicians teaming up with a crowd constantly shouting your name to help you forget that you are running 26.2 miles. I was passing a few people and a few people passed me. Mostly in fancy dress, it’s a weird feeling to know that you are faster than Wonder Woman and Captain America but slower than Homer Simpson. I carried on running at the same pace and as I got the halfway point I felt okay…

Then I looked to my left and my heart sank. There were some very fast runners going past the 20 mile mark….I then realised exactly how much farther I had to go. I put it out of my head and decided to just count each mile as I went through each checkpoint. The plan was quickly foiled as when I approached what I thought was mile 16 turned out to be 15. Every mile at this point seemed longer and longer. At mile 18, I heard a familiar voice shout my name. It was my other half, she’d managed to find me. I ran over to her for a quick hug and words of encouragement. When running alone amongst 50,000 people also running alone, the sound of a loved one can really help you recharge. That got me through the next 2 miles fairly easily.

Then the wall hit. For the uninitiated, the wall is the moment when your body and mind give up on you. Suddenly every step feels harder and harder. I couldn’t see how I was going to be able to do the final 6 miles. Adrenaline is a wonderful chemical though and you never know when it’s going to hit you. For me it was just before 21, some locals had 80s music blaring, I raised my hands to dance along and try to lift my spirits. As I did that, the crowd roared and my body lit up with adrenaline. Suddenly my legs didn’t feel quite as heavy and I carried myself through to mile 22. The next two miles were hard and was a mixture of me hobbling, walking, dousing myself with water, eating sweets from strangers (wishing they would also ask me to get in their car) and some running.

As I passed mile 24 I saw the HQS Wellington and Seafarers UK had set up camp outside of it. Their cheer sounded like the loudest I had ever heard and it was for me. I burst through 24 into 25 and then my world fell apart. This last mile felt like the longest mile I had ever experienced and apologies are needed for anyone that was running next to me as they would have heard nothing but expletives for about 10 minutes. As I rounded the final corner I could see the finish line about 300 metres away. “As soon as I cross it’s over” I thought and somehow managed to sprint the final 200m, passing about 100 people in my wake.

As I crossed the finish line and was handed my medal every type of emotion hit and I burst into tears. I can’t tell you if they were tears of pain, joy or just relief but they were the last bit of liquid my body had left after sweating for the past 4 hours and 52 minutes and I fell to the ground, broken.

The day after, I could hardly walk and I still can’t quite believe I managed to do it. Would I do it again? At this moment in time, no way. But time makes you forget the bad parts, yet I will always remember the moments of euphoria, the spectacle and that sweet adrenaline…so ask me again in 2 years.”